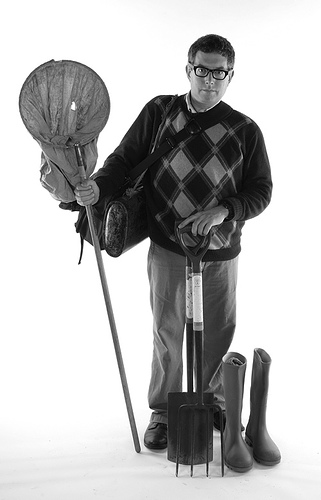 The artist Mark Dion was born in 1961 in New Bedford, Massachusetts, and he lives and works in New York. He explores the crossovers between art and science, visions and production of knowledge, museum collection and forms of presentation. By taking the place of an amateur scientist, a collector, a historian and/or a biologist, Mark Dion takes an often humorous and critical look at the relationships between culture and nature.

From the early 2000s, the American artist started a collaboration with the Musée Gassendi in Digne-les-Bains, by creating his works Collection Index Digne and L’ours [The bear] which are now part of the museum’s collections.

Pour the VIAPAC contemporary art trail project, in 2012, Mark Dion created Le donjon de l’ours qui dort [The keep of the sleeping bear], a work which explores legends and myths concerning the bear, which can be seen in the Seyne-les-Alpes fort.

In the autumn of 2016, the CAIRN Art Centre exhibited Fieldwork IV, an installation created in 2007 in the British Natural History Museum, London.