In order to celebrate the birth of Alexandra David-Neel 150 years ago, the CAIRN art center invited the artist Georges Autard to exhibit his art work.

The exhibition shows some pieces that Georges Autard made after his travels in north India, and Tibet where he saw mandala art and thangka, and witnessed pilgrimages, haunting age-old mantra and Tibetan lamaist ceremonies (gongs, cymbals and horns).

From writings to drawings, from abstracts paintings to semi-figurative series, his gesture conjures a multiplicity of rhythms and cultural references. Thee exhibition area evokes a temple where East and West meet each other, where contemporary and ancient cultures come across.

Georges Autard 1951, Cannes – he works and lives in Marseille

Georges Autard spent his childhood in Digne where Alexandra David- Neel lived at the end of her life. Georges Autard learned more about her later: he read the reports and the books written by Alexandra David-Neel, explorer, orientalist, first woman who went into the holy city of Lhasa (Tibet). The traditional Buddhist gestures gave him some thoughts for his work, which goes from gurative to abstract.

The exploration continues at the Maison des remparts of the Musée Promenade and at the Musée Gassendi with SACRÉES, MONTAGNES SACRÉES – Le musée traversé, Orient<>Occident a collective exhibition giving us another perspective of Georges Autard’s work, as well as other artists also involved with Buddhism and the multiple paths to emptiness. A Publication in the « Semaine review » go along the exhibit with a text of Michel Giroud, artist, poet and art theorist. 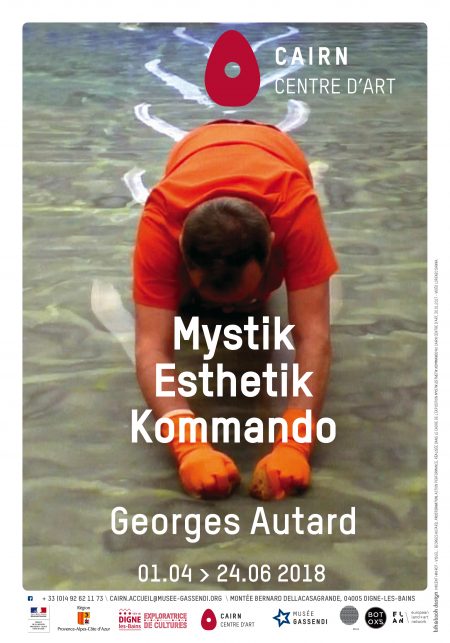