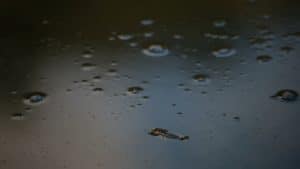 Artist in-residence at CAIRN art center during several weeks, Alessandro roamed the differents sites of the UNESCO Haute-Provence Geopark, walking through forests, trails and villages. His curiosity to explore a memory of sounds permeated in the mountains led him nearby the mountain “la tête de l’Estrop” one of the most stony and desertic area around Digne.

This immersion in the area to meet with differents animal noises drove him to imagine a scenario for a video filmed around the Eaux-Chaudes lake, while living several days on site. Some of the images will be shot with the participation of juniors from elementary school les Augiers where the artist led a workshop in 2018. His video will create a dialogue between aerial and underwater worlds and will be presented during his personal exhibition at CAIRN art center alongside other pieces questioning human-animal relationships and their interaction with environment. This project won the nctm e l’arte’s award. 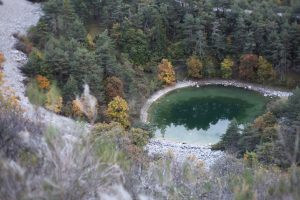