Home / Collection of contemporary art in the Digne area / Till Roeskens 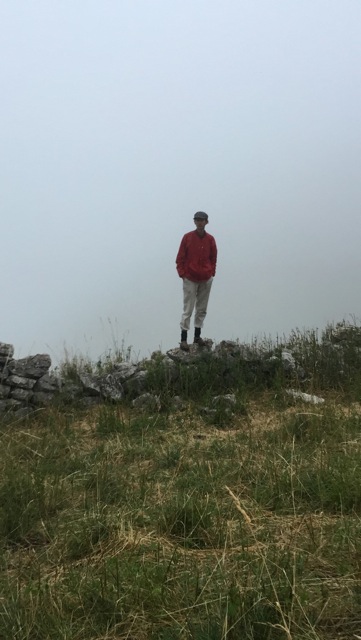 Till Roeskens was born in 1974 in Freiburg, Germany. He lives and works in Marseille. An amateur of applied geography, he explores various artistic practices along the paths he takes, the areas he passes through and the people he meets along the way. From his travels and peregrinations, he brings back words, images and sounds to restore them in the form of a book, a video film, a slide show or other simple installations.

Since 2004, he has realized several projects under the generic title of Plan de situation, une invitation à l’exercice du regard sur un lieu précis pour interroger l’infinie complexité du réel [Location map: an invitation to take a close look at a precise place in order to examine the infinite complexity of reality]. He is notably the author of the book À propos de quelques points dans l’espace [about some points in space] (published by al Dante, 2014) written and composed at the Villa Medici, and of the film Vidéocartographies: Aïda Palestine (grand Prix of the French competition, FiD Marseille documentary film festival, 2009).

Since 2015, Till Roeskens has been a regular guest of the CAIRN Art Centre. Driven by his interest in pastoralism, he met and listened to several shepherds from the Haute-Bléone area. Among them was 91 year-old Marcel Segond, whose colourful narrative he saw as an essential testimony. Inspired by the words of this man who has lived on this mountain for almost a century, the Sentier Marcel [Marcel’s Path] artistic work is a trail to be explored on foot. It consists in the installation of a series of fragments of Marcel’s narrative along a route which he took throughout his life, thus enabling him to follow a way of life and a mountain path at the same time.